Access control has greatly evolved, with modern solutions offering more security and convenience than ever before. Despite the benefits of newer options, many organizations are still using outdated access control technology. 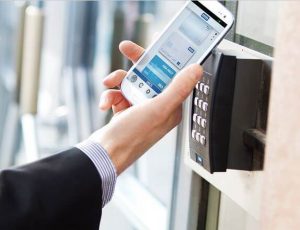 To fully understand today’s technology, it is important to understand the evolution and transformation of access control:

1980s — Swipe Technologies: Initial swipe technologies were a major administrative improvement over manual locks and keys in terms of management, traceability, and forensics. Knowing who had access rights to certain areas and being able to efficiently control those rights removed the need to re-key as employees left or changed roles in the organization.

1990s – “Prox”: In time, the limitations of swipe technologies began to be felt. The need for physical contact between readers and credentials could be cumbersome and inefficient for users, while broken cards and physical wear on readers became costly and time-consuming for administrators.  Thus, the emergence of contactless technologies was a game-changer in the access control industry.

The Next Generation of Credentials — Mobile Devices: Much of the next generation of credentials is already here. Mobile devices are well entrenched in nearly all aspects of everyday life. Allowing building occupants to use their smartphone, tablet or wearable to enter controlled areas to supplement or replace cards will likely be well accepted by all involved parties.